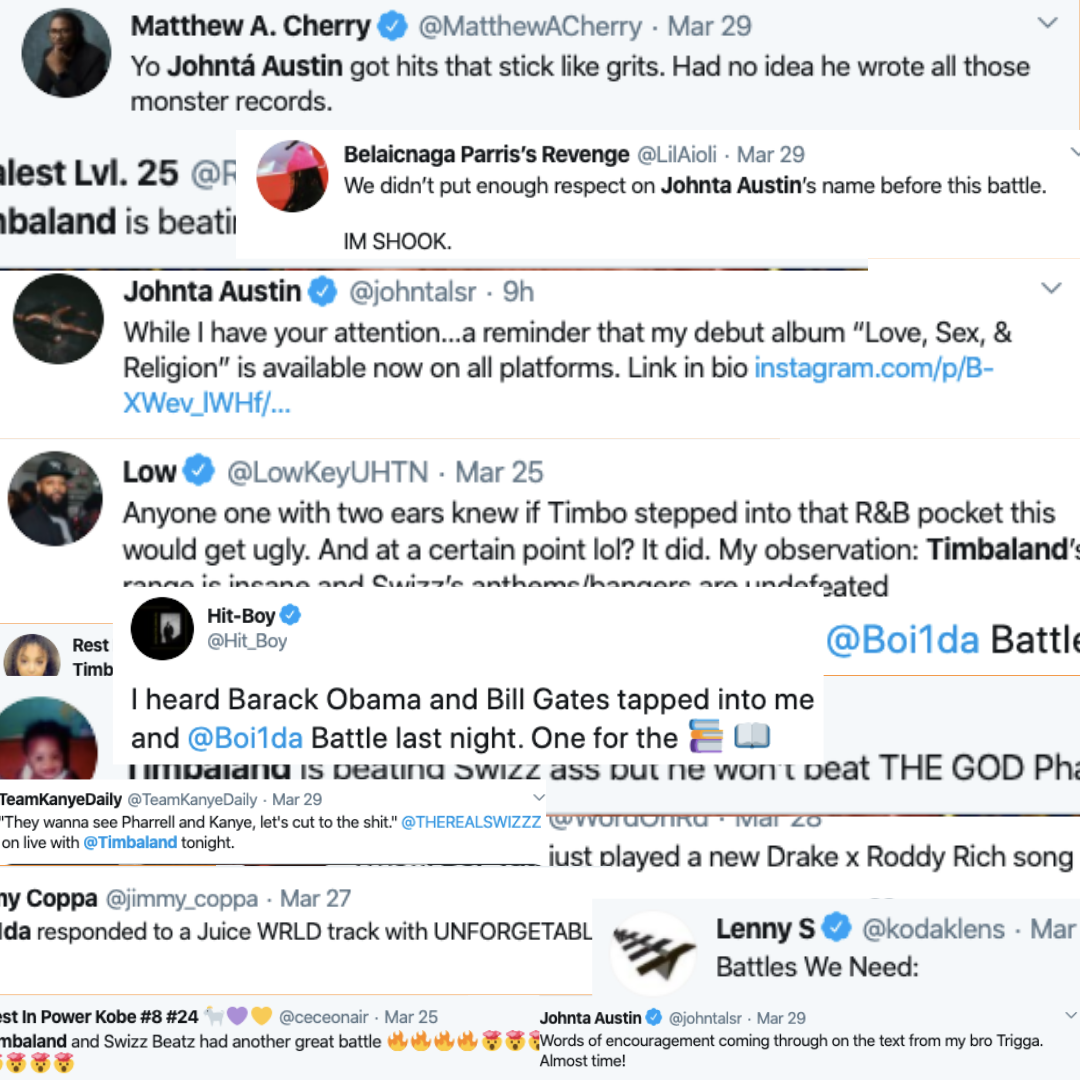 There are some things you can’t buy.

There are some things you can’t buy.

So what happens when that skill is really put to the test? When that ability has been disengaged for years, but is suddenly needed to fill a bottomless void like time...

Not literally of course, and before anyone starts. Yes, black people make something out of nothing everyday. However, in terms of hip hop and our culture no one is really re-inventing the wheel. However, their friendly competition as producers has ignited a fire in hip hop and r&b fans during a season that we have nothing but time to entertain it--virtually ofcourse. And because of their talent to make something out of nothing, a series of musically based battles has spawned from their latest Instagram Live encounter.

The pair curated subsequent battles following their own with the later being probably the most impactful of the three.

But this piece is not about the battles themselves as it is more so about the unsavory reality of what these IG Live battles mean for the hip hop culture that can never have anything quite for itself.

Already slightly dampened by the virtual walkthroughs of politicians and corporate heads in Bronx DJ D-Nice’s #ClubQuarantine venture. Hip hop knows all too well, what the presence of success means in our community.

I mean hip hop is the great great grandchild of the blues and rock and roll...do I even have to mention Elvis right now? And at this point we are used to it. Hip hop is like the popular big sister who is idolized by her little sister. Her clothes never quite fit the younger, chubbier model that her parents show more than enough attention to; but that never seems to bother the younger offspring that wants to be just like her sister, hip hop.

So what can we do to stop tomorrow’s Ariana Grande and Selena Gomez Battle?

Not a damn thing.

We can just ask that you pay homage and when a brand comes to offer you sponsorship for whatever knock off battle you are attempting to pull off. Call Swizz, DM Timbaland, or Tweet Black Twitter. We’ll be sure to give you the routing number to where the bag should rightfully land.