The Ice Cream Man and the Snowman 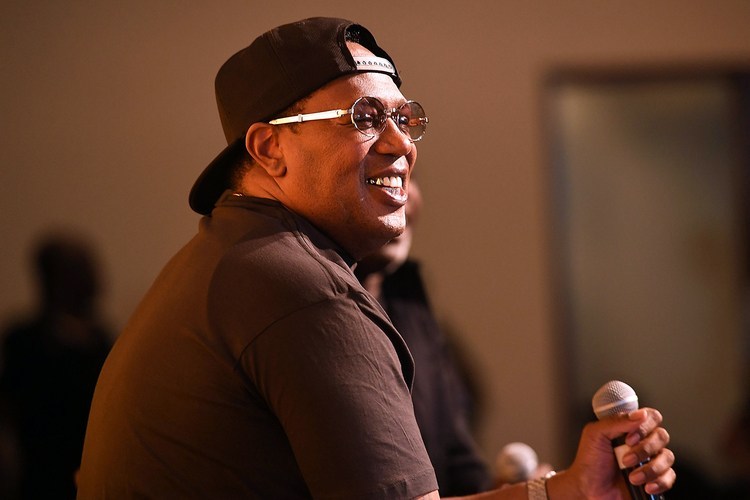 Master P and Young Jeezy are teaming up to freeze us out with summer. With a new joint album entitled, It’s Going To Be A Cold Summer, slated to be release this summer, the two bosses have linked up for the first time and we are excited to hear the result.

Complete with visuals, Master P states that two videos are already complete with one of them being shot in his native home of New Orleans.

As far as the actual music, Drumma Boy is another big name associate with the project. The southern based producer worked on the song “Gone” for the upcoming album and it is one of Master P’s most anticipated tracks.

No Limit  founder Master P is cited as an inspiration for many artists looking to break into the game the independent way. Jeezy is no different. After citing him as an aspirational figure in his life on Trap or Die 3 mixtape, the Snowman is not only working on music with P, but film projects as well.

Master P Got The Hook Up

Young Jeezy will be appearing in his first film, the remake of the 1988 cult classic “I Got The Hook Up 2,” a No Limit Production.  If you remember, the original movie stars Master P and A.J. Johnson as two street hustlers who unintentionally come across a truckload of cell phones. Being the hustlers that they are, the two start to sell the phones get to the bag. However, they run into a slight problem after completing these transactions: the phones don’t work. All of this leads to a few pissed off groups of people from gang members to the FBI.

This reprise will star Jeezy in a role he is not unfamiliar with: the hustler. Only this time his character, Big Moe, is selling organic food and clothes to white customers. He’s adapted with the time and gentrified along with the neighborhood, sort of. Moe is still street so he has a hard time catering to his new consumer, but he’s trying to make it work.

Now normally I would be a little leery when it comes to a reboots. Honestly, I am still wondering if people are out of original ideas or if they are just lazy! From the disaster that was the Roseanne reboot to Boy Meets World 2, networks are just not getting it right. But somehow the trailer for “I Got The Hook Up 2” looks like it will be just as good as the original. And that may be the strength of an indie production like this one.

Typically when a movie incorporates too many celebrity appearances (Juju, Luenell, and Michael Blackson pop up in the trailer alone) it gives off what we refer to as the “Lee Daniels Effect” — random celebrities are forced into roles that just don’t make sense, all for shock value. However, the appearances in “I Got The HookUp 2” may act as an authentic co-sign from the black community.

Other characters include: Webbie, Kash Doll, YFN Lucci, Romeo, Fatboy SSE, DC Young Fly, and of course the original cast of  “I Got the Hook Up” including main characters Master P and A.J. Johnson along with John Witherspoon, Sheryl Underwood, and Tommy “Tiny” Lister.